KSM Castings Group GmbH: Screening procedure expected
to be completed by the end of December

• Creditors‘ meeting approves insolvency plan by a large majority
• 100 % quota for creditors
• Restructuring concept can be implemented as planned
• Successful support by the lawyers Prof. Dr. Gerrit Hölzle and Dr. Thorsten Bieg from the law firm GÖRG as CROs and lawyer Dr. Rainer Eckert as trustee

Hildesheim, 26. November 2020. The protective shielding process of KSM Castings Group GmbH, one of the leading automotive suppliers of lightweight aluminum and magnesium cast components for chassis, transmissions and engines, is expected to be successfully completed by the end of December after only six months. Today the creditors‘ meeting approved the insolvency plan with a large majority. This means that the restructuring concept can be implemented as planned. In addition to cost-cutting measures, it also provides for extensive investments to ensure the company‘s competitiveness. On November 19, KSM and IG-Metall trade union agreed on a restoration plan, that stipulates location guarantees and exclusion of operations-related terminations for the next five years. In return, employees waive part of their salary. Under the insolvency plan, creditors will receive an insolvency rate of 100%.

At today‘s creditors‘ meeting, the insolvency plan was approved by a very large majority of all creditor groups, including employee representatives. The cost-cutting measures include a reduction of 328 jobs over the next few months and temporary salary cuts by employees. At the same time, the company will adapt production processes and invest in future-oriented technologies, for example in the area of eMobility.

Convincing restructuring concept
”KSM, in cooperation with Ernst & Young, has presented a convincing restructuring concept which is the basis for the insolvency plan and the continuing trust of customers and suppliers. Today‘s approval by the creditors‘ meeting underlined this once again. The payment of an insolvency quota of 100% is a success which we owe above all to the commitment of the shareholder“, explains Prof. Dr. Gerrit Hölzle, lawyer at the law firm GÖRG and currently in interim management together with his colleague Dr. Thorsten Bieg Chief Restructuring Officer at KSM. ”Even though the path was certainly not easy for all parties involved until then, the company is now emerging strengthened from an economically difficult situation. KSM can now reposition itself in Germany and has been put in a position to operate sustainably and competitively even under new market conditions.“

”KSM reacted to the crisis and was able to implement necessary measures very quickly with the help of the protective shielding procedure, thus preserving production sites and jobs in Germany,“ says Dr. Rainer Eckert of Eckert Lawyers, who accompanied the proceedings as a trustee. ”In this respect, KSM is a prime example of a professionally and responsibly conducted and successfully completed self-administration procedure“.

Close cooperation and the will to find a viable solution
”We are very pleased that our concept was approved by such a large majority,“ said Dr. Zhihua Zhu, CEO of KSM Castings Group GmbH. ”We are convinced that with the measures we have now introduced and the planned investments we will return to a sustainable growth course. This will also enable us to give our employees a long-term perspective again. I would like to thank all those involved in the process with whom we have developed and negotiated the concept in recent months, but above all our employees, who have always shown the will to find a solution that is viable for both sides, even in difficult negotiations. Now we can once again focus fully on our customers and drive forward innovative product developments.“

After the creditors‘ meeting has approved the restructuring plan, the restructuring concept will be gradually implemented over the next few months as planned. The protective shielding procedure is expected to be successfully concluded as early as the end of December with the lifting of the insolvency. 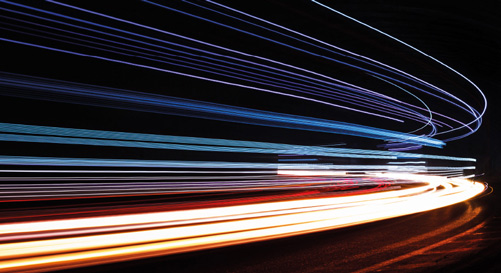