Hildesheim, August 12, 2020 The management of KSM Castings Group GmbH, one of the leading automotive suppliers of lightweight aluminum and magnesium cast components for chassis, transmissions and engines, will adjust personnel capacities in Germany to the market situation in the automotive industry, which is currently characterized by slumps in sales and production overcapacities. As part of the planned restructuring, about 400 of the total of around 1,800 jobs at the automotive supplier in Germany are to be eliminated in the coming months. In addition, a new restructuring collective agreement is to be negotiated with IG Metall for the remaining employees. However, all German sites are to be retained. KSM Castings Group GmbH had applied for a protective shielding procedure at the Hildesheim district court on July 2, 2020. The company wants to reposition itself in Germany in order to be able to operate sustainably and competitively under the new market conditions.

„Although we are currently recording a very good order intake, we know that this is mainly due to catch-up effects from the previous corona lockdown. The current sales figures of the car industry and the outlook of the market researchers are clear. We will therefore not be able to avoid adjusting our personnel capacities and cost structure, including the remaining personnel costs,“ explains Dr. Zhihua Zhu, CEO of KSM Castings Group. „This is the only way we can become competitive again, maintain our German locations, secure jobs and give our employees a long-term perspective“.

Significant market slump
While passenger car sales in Germany in the first half of 2020 slumped by 35%, and by as much as 39% across the EU, according to the German Association of the Automotive Industry (VDA), the capacity utilisation of car factories fell to 63% according to a report in the Handelsblatt. This is also indicated by the CAR discount index of the Center Automotive Research Institute (CAR). A recent study by the Boston Consulting Group assumes that passenger car sales in the EU will not reach pre-corona levels again until 2023

No site closures
KSM Castings Group GmbH is not planning to close any sites as part of its restructuring. All four KSM sites in Germany in Hildesheim, Wernigerode, Wuppertal and Radevormwald are affected by the job cuts. At the largest production site and headquarters in Hildesheim, around 270 of the current 900 jobs are to be cut, including not only in production but also in administration. For the production site Bergisches Land (Wuppertal and Radevormwald), a reduction of approx. 90 jobs (currently approx. 430 employees) is planned, for the Wernigerode site approx. 30 jobs (currently approx. 400 employees).

Job cuts part of the restructuring concept
The planned job cuts are part of the restructuring concept and reorganisation plan which KSM Castings Group GmbH will submit to the Hildesheim district court by the end of September as part of the protective shield proceedings. According to current planning, the job cuts in individual areas are to be spread over several months. To this end, KSM will negotiate a reconciliation of interests and a social plan with the general works council in the next few weeks. In addition, KSM intends to negotiate a new collective restructuring agreement with IG Metall for the remaining employees. 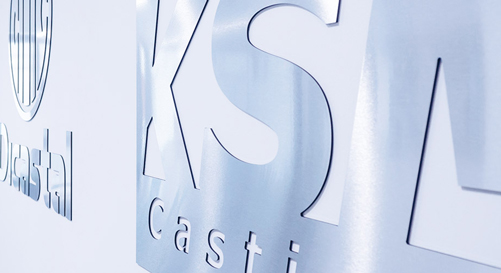