Civil courage cannot be taken for granted. Apart from a certain sensibility for special situations, often a sudden danger, and the willingness to intervene in these situations on one’s own responsibility, not less than attention, courage and determination are necessary, too.

Every year, Hildesheim County awards the „Prize for Civil Courage “for the selfless commitment for other people. This year, the ceremony took place at the KSM Castings Group in Hildesheim. This is the place where the award is also produced.

Thus, the ceremony is a particular experience: This year’s awardee Alina Schipper was personally invited to the headquarters of the KSM Castings Group in Hildesheim.

In October 2017, Alina Schipper saw through the roof-light of her apartment an unknown neighbor in the opposite house that was apparently in a helpless situation. She courageously called the police and thus saved the life of her neighbor.

Within the frame of the award ceremony, a mold of her right hand was produced and then casted with aluminum alloy and placed on a socket. Thus, the awardee of this year, Alina Schipper, could receive a very individual award shortly after the official ceremony. The own hand is a very special symbol for morally courageous action.

The artist Enrico Garbelmann, who is responsible for idea and design of the award, shared this opinion. „A fantastic piece of foundry technology and a great expression of the award intention. The hand perfectly symbolizes the short moment with impressing effect“, said Garbelmann.

The Chief Finance Officer (CFO) at KSM, Christoph Salentin, stressed that it was a special honor to have this year’s ceremony of the „Prize for Civil Courage“ at KSM. “We are very happy that we as company located in Hildesheim could contribute to shape this award and give assistance, said Salentin. 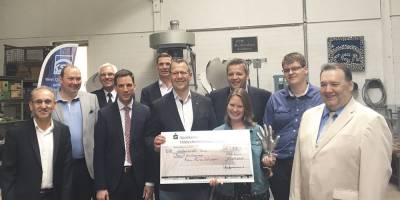 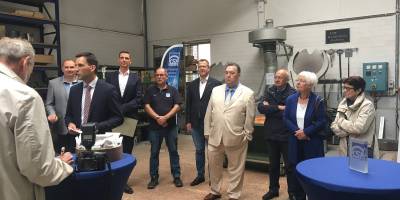 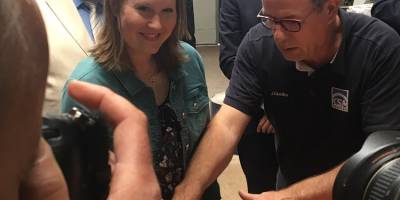 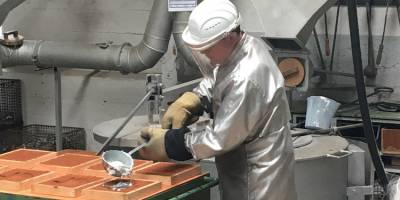 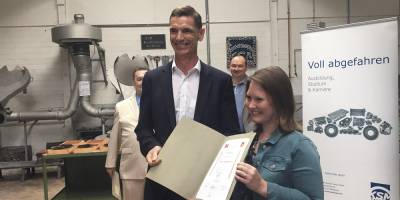 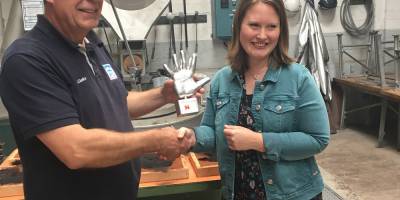 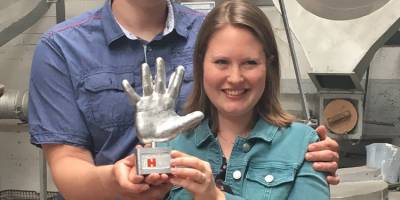 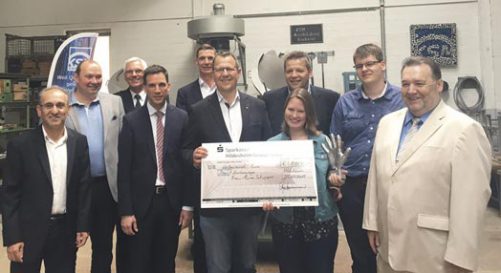 Background: The KSM Castings Group is a leading producer of automotive lightweight components for chassis, transmissions, engines and steering. Specialized in aluminum and magnesium components, KSM strives for the top position in both technology and quality. As an important supplier to the global automotive industry, the company is already among the top employers. Reliable partnerships, customer orientation and cost effectiveness are essential key points of the company’s strategy. The basis, however, are first-class employees.

KSM operates nine production plants in Germany, Czech Republic, USA and China with approximately 3,600 employees. Among its customers are the major automotive producers and automotive suppliers like Volkswagen, Daimler, ZF, Benteler and Bosch. In 2017, the company group achieved a turnover of approximately 564 million EUR.